Golf 101: Course Troubles that would Cause You a Whopping 2-Stroke Penalty 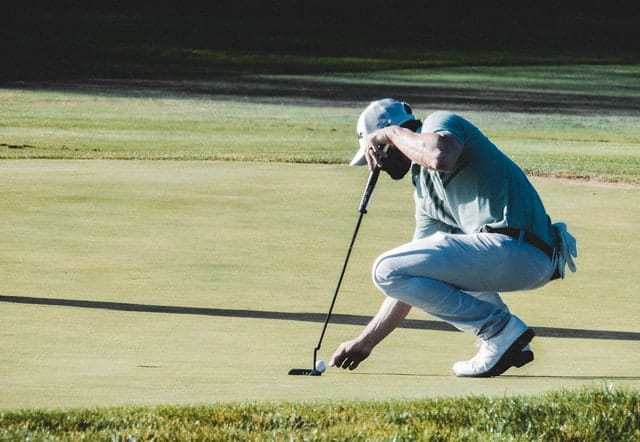 In golf, keeping a low score is the goal to win and making shots on target is clearly a good path to attaining an ideal low golf score.

The less common way to maintain a low score? Avoiding the situations that would cause you a whopping 2-stroke penalty,

But what are those situations that would subject a golfer a 2-stroke penalty? Here is a list of the common ones.

Just so you know, it will not lead to a penalty if your ball hit the flagstick after hitting it outside the green which could be from the rough, fairway, fringe and/or tee box (how lucky are you?).

The rule however is different if you are playing from the surface of the green. In which case, you get the dreaded penalty when:

You are expected to behave like a professional when on the course. But if for some reasons you opted to be a jerk and resort to interfering with another player’s shot by hitting the ball or causing something to hit the ball, then you will get yourself penalized with two strokes.

What could be the reason you find yourself playing a wrong ball? If it helps, mark them with a personalized stencil or something so you are very sure you are playing the right ball in play, because if you are not, you will be penalized accordingly for it.

There may be some exceptions to this, but mostly only applies to when the ball in play is lost to hazard or made unrecognizable by it.

Also, you could get the same penalty for replacing the ball in the wrong location. This is common on the green when markers are moved around to give way to other players’ path then forgets to put them back to the original position leading to wrongly replaced balls.

14 is the magic number when it comes to how many golf clubs you are to carry in each hole with you. Carry more than that and you will get penalized for breaching the limit.

Similar topic: What you need to start playing golf

Playing from an incorrect or unrecognized area can lead to a two stroke penalty too. So be clear about the edges of a defined tee area and make sure to play only within the bounds.

As if hazards are not difficult enough to deal with, if you are not careful, the situation can also subject you to two-stroke penalties. For instance, you are not supposed to ground your club when dealing with this area unless you’re in the act of striking the ball. And before you go strike the ball, be sure there are no loss impediments and movable obstructions because hitting them would also get you penalized the same. Clear them out of the way and careful enough not to move the ball away from its original position.

Which situation got you penalized with two strokes? Let us know in the comments below.

How to Wear a Golf Bag – Tips to Save Your Back

What is the 90-Degree Rule in Golf

How to Calm Your Nerves before Golf Tournament